He was awarded the 2018th Knights Cross as commander Grenadierregiment 460 on August 23rd 1943 for bravery during the fierce fighting on August 8th 1943 south of Wjasma. Col Dr. Bracher led a counter attack on a large number of Soviet forces closing a gap in the German defense line.

During the Soviet assault, in Summer 1944 he was caught by enemy troops and became a Prisoner of War. He returned on January 02nd 1954. 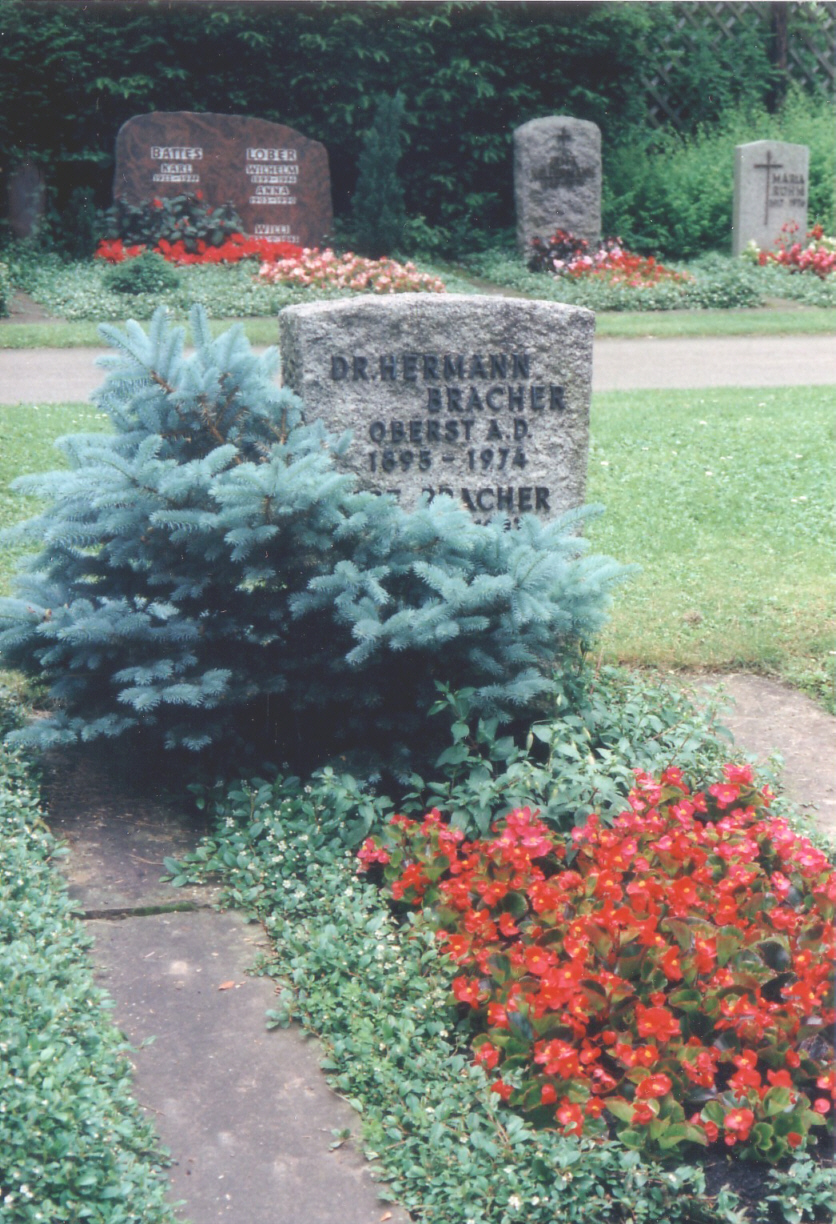