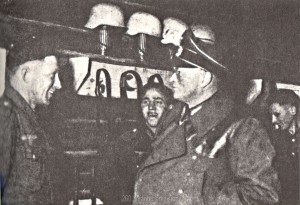 Robert Schlueter was born on April 18th 1892 in Wittenburg, Mecklenburg. He joined military service on January 01st 1912 as ensign at the Royal Saxon foot artillery regiment Nr. 19 in Dresden. Just before WW I broke out, he was promoted to the rank of Second Lieutenant. During the war, he fought on the Western front, was promoted to First Lieutenant and led the 3rd battery of his regiment.

After the war, he was take over into the Reichswehr and served with 4th Artillery Regiment. There, he was promoted to Captain on 01st November 1925. After being Major, he became Lieutenant Colonel on 01st October 1936. 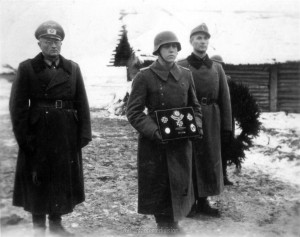 On February 21st 1943 he became Artillery Commander 187 and on March 01st that same year he was promoted to Major General.

November 09th 1943 he replaced Lieutenant General Hahm as Commander of the 260th Infantry Division. During an attack from partisan fighters on his way to Mogilew he was seriously wounded. He was transferred immediately to a military hospital for treatment but the medical personnel was not able to save his wounded arm, it had to be amputated.

His successor was Guenther Klammt as Commander of the division.

Schlueter was promoted to Lieutenant General on May 01st 1944. After his recovery he served with Military Replacement Inspection Chemnitz. As of March 08th 1945, he was the last Commandant of Dresden. After a car accident, he was in a hospital, where he was captured by soviet troops on May 15th.

He remained prisoner of war until 1955. After being released, he kept contact to the veterans association. Robert Schlueter died February 18th 1980 in Garmisch-Partenkirchen.