Emil Loeffler was born on March 23rd 1913 in Zwiefaltendorf, Ehingen county. As platoon sergeant of a machine gun platoon he and his new recruits defeated a enemy company that was about the overrun the regiments command post. During a counter attack, he was killed. He was awarded the Knights Cross for gallantry on November 12th 1943. 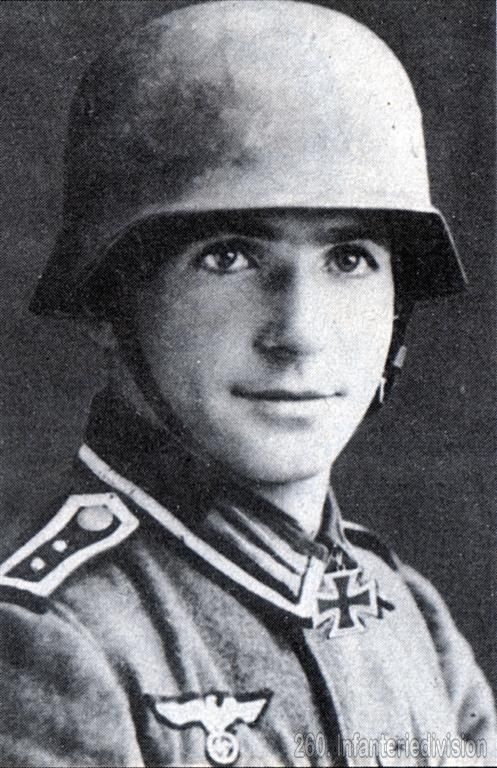